The First and Only PM and RCM Software Exclusively for Hospitalists

► Reducing Billing to 9 Seconds per Patient

What is Accelerated Medical Charge Capture?

○ Exclusively for hospitalists, Claimocity is the only software in the industry with AI-enhanced accelerated mobile charge capture.

“Our A.I. based solutions boost efficiency by 5-10 hours per week and on average reduces billing down to nine seconds per patient”, states Jim Jensen, COO of Claimocity. “Reducing revenue loss for our doctors is crucial, as is increasing time efficiency.” 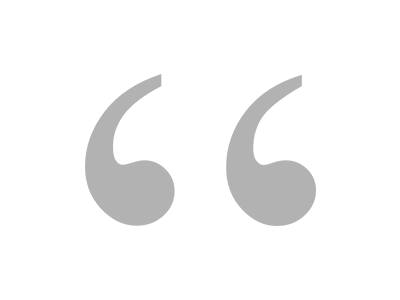 “Within the first year we saw increases in every notable metric and by the end of the first twelve months, we were setting the best marks for our practice over the last ten years. Clean denials and missed or lost charges went down. Revenue per encounter, clean claims, and total revenue hit our highest benchmarks.”

There’s no need to take our word for it. Our demos are pressure-free explorations of the software where a specialist answers any questions you may have. The reason so many Hospitalists choose our software and stay with us is the unrivaled value and world-class support staff.

Standard Billing Practices for Decades
Paper charge capture is the traditional method of handling claim submissions and associated tasks, and many groups and practices still utilize this methodology because it is an ingrained habit. Unfortunately, it is also susceptible to human error, lost claims, and other issues that result in decreases in revenue maximization efficiency.

Taking Mobile to the Next Level
The industry leader in mobile charge capture, Claimocity not only provides the full benefit of the movement into digital technology but sets the bar for the industry with significantly higher performance metrics and top percentile benchmark averages, making it not only the first and only software for Hospitalists but the best charge capture software out there.

The true advantage of medical charge capture apps is the ability to run the hospitalist practice on the go utilizing a smartphone or tablet. The strongest mobile charge capture software options don’t stop at mobile but allow a smooth transition to the computer. As long as it is available on Android or iOS, an app provides a level of mobile functionality that is perfect for physicians making hospital rounds, recording billing and submitting claims at the point of care.

But all mobile charge capture apps are not the same. Not even close. Do not be fooled by industry averages as compared to traditional paper billing as these are often fools gold. Mobile is the new norm and medical charge capture apps that provide the bare minimum average improvements are going to be quickly outdated in the competitive world of medical software and mobile technology.

One element that is often overlooked when evaluating the charge capture software options is the actual claim submission process in the hospitalist’s medical billing.

Important questions to evaluate are how simple or complex is the claim submission process, and how quickly can a charge be submitted in the daily flow of hospital rounds where there are hundreds of high priority tasks competing for a physician’s attention.

Claimocity has significantly reduced the time cost by focusing intently on simplifying the process to allow a hospital physician to capture a charge with the help of enhanced smart software using just a few simple clicks and swipes in most cases.

Key functions of hospital charge capture software are the capture itself, workflow patterns, patient information accuracy in the scheduling software, electronic chart management in software options with EMR capabilities, and the ability to maintain local integrity in cases where the wifi or data access is limited.

A good medical charge capture software enables physicians to capture claims right after a visit while the encounter is fresh and vivid, creating a higher level of accuracy and enabling a quick and efficient transfer of billing from the mobile device to the billing team for an initial evaluation and the proactive resolution of any issues noticed.

Claimocity takes this several levels further by first reducing the time cost, then using artificial intelligence and pattern analysis to analyze and evaluate the charge for code integrity, revenue value, issue identification, and problem resolution. This is followed by another charge capture audit, this time by a robust team of human billing experts who run it through several quality control measures before evaluating it against historical modeling to ensure that it is going to have the highest chance at a clean claim and generate the highest point of possible payment within the context of the parameters.